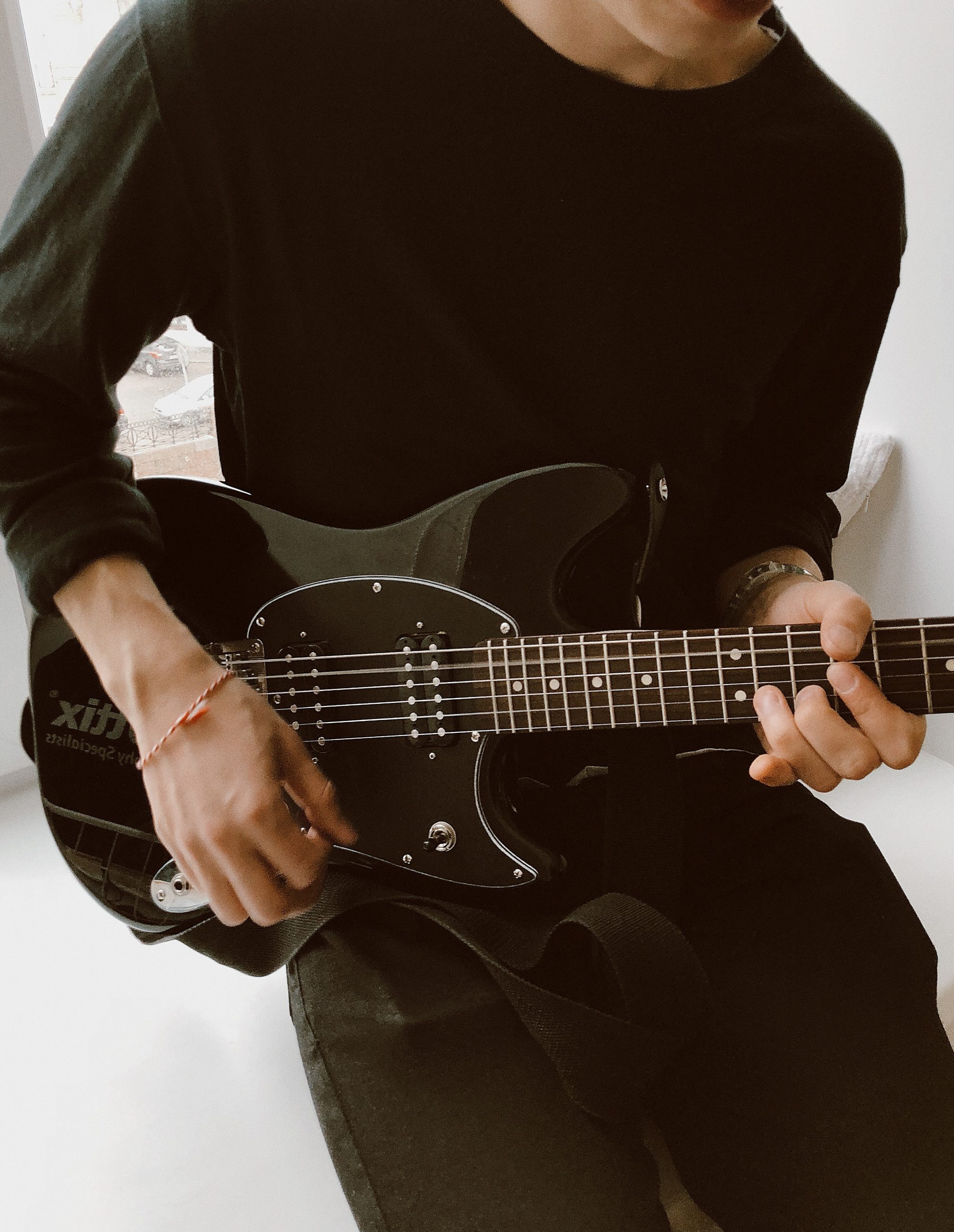 From ancient Greece, approximately forty musical fragments are preserved that allow us to reconstruct, albeit schematically, what the music was like back then. This is why the main source of information about Greek musical culture comes from texts, poems, and writings.

Based on this, an approach to the study of musical instruments leads to considering the different translations and interpretations that have been made of the texts. It may happen that different terms are used to designate the same instrument.

For example, with the name of the lyre in the Homeric Hymn IV where Homer refers to the same instrument with the names: Phorminx, Chelys, Lyra or Kithára. The same happens with the word “flute”, which in various texts can be used to refer to different instruments.

Much of what is known today of the music and instruments of ancient Greece comes from the vestiges of mythology, literature, theater and philosophy; who lived together in Greek society.

Here at Nestoras Greek College you can contact us if you want your children to learn more about our services and how we can help your children learn Greek culture properly.

Greek music was mainly characterized by being vocal and much is known about ancient Greek music, from what is known of the modes, scales and texts related to singing and choral music. From this, the instruments emerge as an accompaniment to these songs and later the instrumental music will be structured based on the imitation of the vocal elements that existed. It was mainly the practice of singing, which gave rise to instrumental music.

The instruments that can be seen today from ancient Greece correspond to a mixture of influences from the region and the musical cultures that bordered on the Greeks.

Of the instruments known from ancient Greece, 3 groups or families of instruments can be established:

The group of percussion instruments, in turn, can be classified into two main groups, on which they incorporate the different instruments that are known to exist, or to which reference is made in ancient texts:

-Idiophones: mainly instruments built with hard materials such as wood or metals, materials that are characterized by being “self-resonators”. This type of percussion instruments, were known as Krótalos, and it is known that they begin to be used by the Greeks from contacts with Egypt. They are a type of castanets of which vestiges were found in both Greece and Egypt. They were mainly used in dances that evoked Dionysus. The dancers placed them on the wrists or ankles of to accompany the dances.

Within the idiophones, there is also an instrument that consists of two metallic “cymbals” that make each other collide, which in the same way were used in dances and theatrical acts, which are called: Cymbals. This instrument was used in the Dionysus cults.

Within this group of idiophones, some rattles that are known as: Sistro were also used.

–Membranophones: correspond to instruments that are built from membranes or patches that resonate from percussion with other materials that work or that are similar to “drumsticks”.

Among them we can list the týmpanon, a frame drum that resembles what we know as a tambourine. From this instrument it is intuited that the origin may be Mesopotamian. It consists of a solid frame on which two leather skins are tied, one close to the other, with the intention of generating more resonance than a single skin. It was an instrument used in the Dionysius and Cybele cults and that was particularly reserved exclusively for women, making it an instrument that was left out of the military environment (many instruments in ancient Greece, were widely related to war and militia).

Among the percussion instruments is also the Xylophon, of which there is little information about its uses in ancient Greece, however its relationship with the instrument we know as xylophone, which is executed with drumsticks and consists of tuned metal plates that resonate, it is extremely narrow.

They correspond to aerophone instruments. A classification can be made from the operating mechanisms they have: those that work from the resonance of a tube and the other group whose operation is based on the use of reeds.

Within the resonance instruments of a tube, we find the Syrinx, Pan Flute or Siringa, an instrument whose origin is uncertain, since traces have been found in different ancient civilizations, including the Greek. It is made up of open tubes, of different lengths that allow them to be tuned with the notes of the scale. From what is known of its use in Greece, it was used in the theater and in matters related to the war. It is an instrument that was developed in different parts of the world (in Latin America it is known as Sampoña).

The other type of aerophone instrument, for which records are kept from ancient Greece, is the Auloi, which works from a reed. What is known is that, since a certain force was required to introduce air into the tongue, the interpreters tended to inflate the cheeks and this would probably cause fatigue. This seems to be the reason why those who played auloi wore leather straps that tied around their cheeks and were tied behind the head, thus obtaining greater pressure with less fatigue. These belts received the name of phorbeiá.

Another wind instrument is the hydraulis, which was invented in Greece in the 3rd century BC. C. by Ctesibio (according to tradition), an inventor who devised various devices that worked with water and air. This instrument was known to the Romans and spread throughout the Empire, being used in public events and theaters. They would correspond to the organs that we know. It worked with a system of receptacles filled with water to keep air pressure constant. It is one of the most elaborate instruments of the ancient Greek civilization.

Finally, we could include in this family of mouth instruments the kóchlos instrument made with a conch that was often represented in the hands of newts that imitated the sounds of dolphins and other marine animals.

From the classification it is known that the Greeks themselves made these instruments. They can be organized into three groups:

-Lyras: are instruments mainly built with sound boxes, shells of animals like the turtle.

The lyres were without a doubt the most widespread and important musical instrument of ancient Greece. Among all of them the oldest of all stands out, which is known as the Homeric lyre, whose invention they attribute to the god Hermes.

It was made up of between 2 and 6 strings, although there were generally 4 strings, arranged in a harmonic box of rounded shape up to a horizontal crosspiece that linked two arms that came out of the body of the instrument. Some authors consider the Homeric term (kítharis) as the name of another instrument similar to this phórminx. It is very similar to the Syrian lira, very widespread in Asia Minor.

Remember that Nestoras Greek College remains an excellent option for students to learn about Greek traditions at no extra cost for their parents. 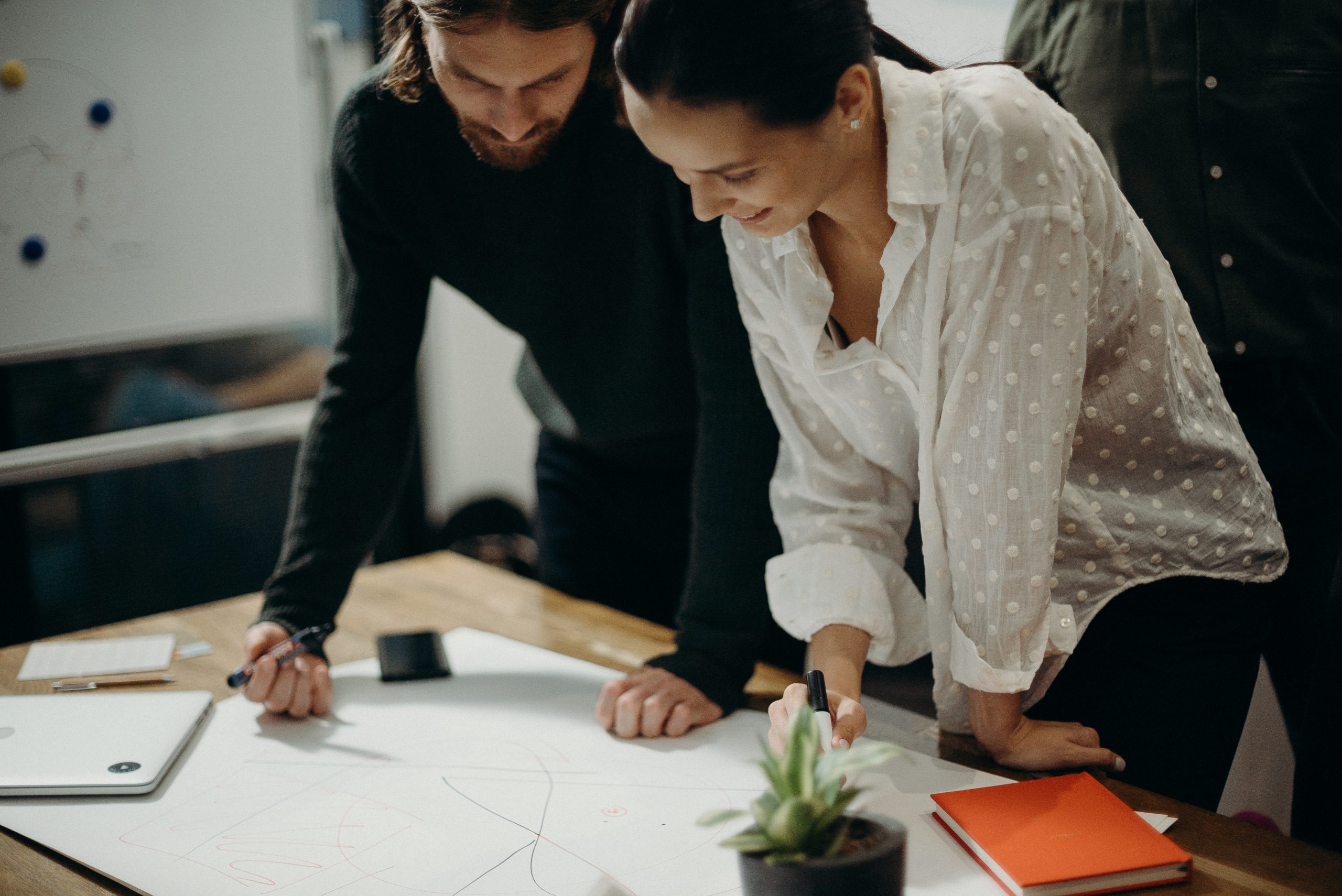 Teamwork is the integrated effort of a group of people to carry out a project. Teamwork implies the coordination of 2 or more people ...
Share:
VIEW MORE 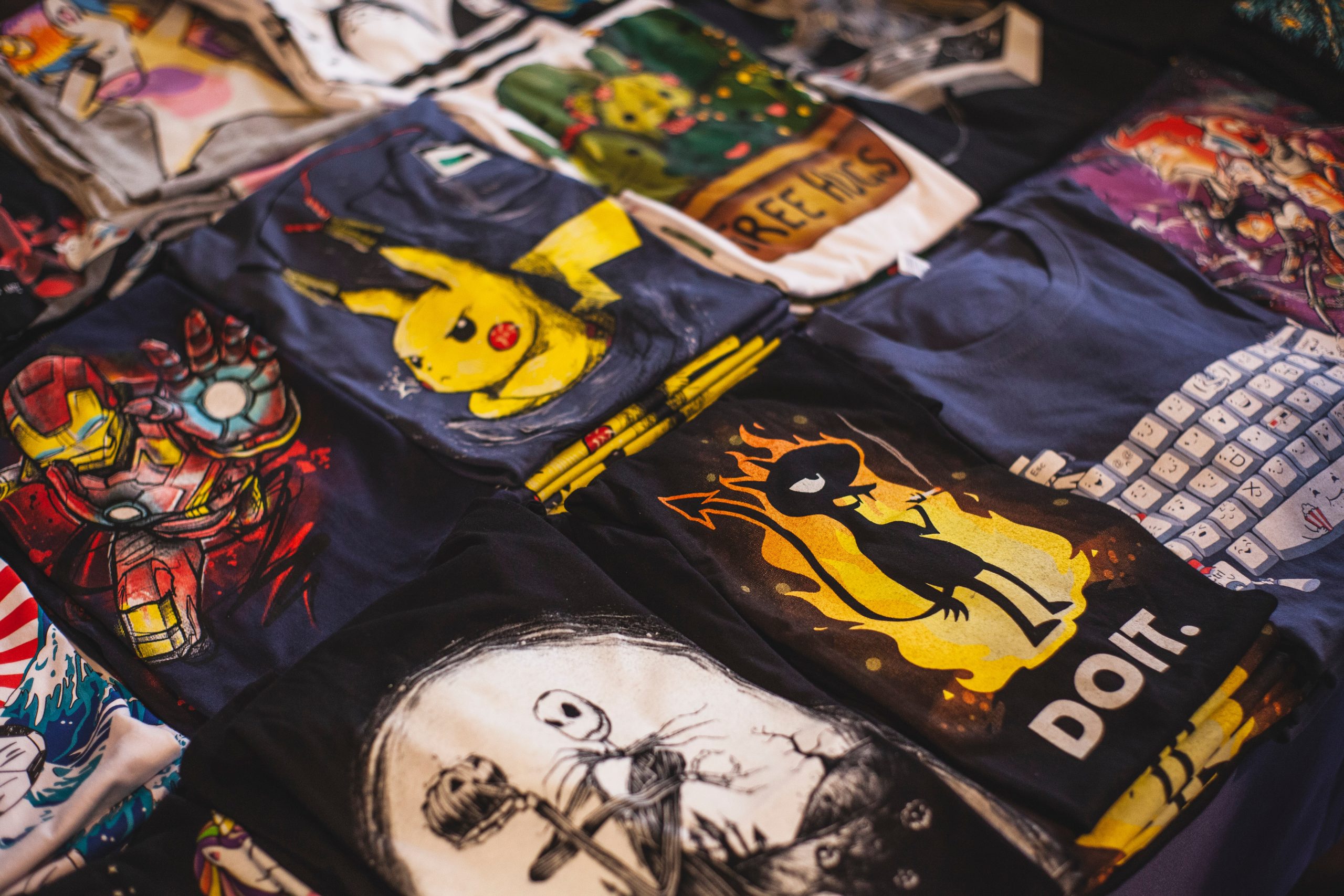 After all, if you want to do business and sales with your designs, you will need a design that stands out from the crowd ...
Share:
VIEW MORE 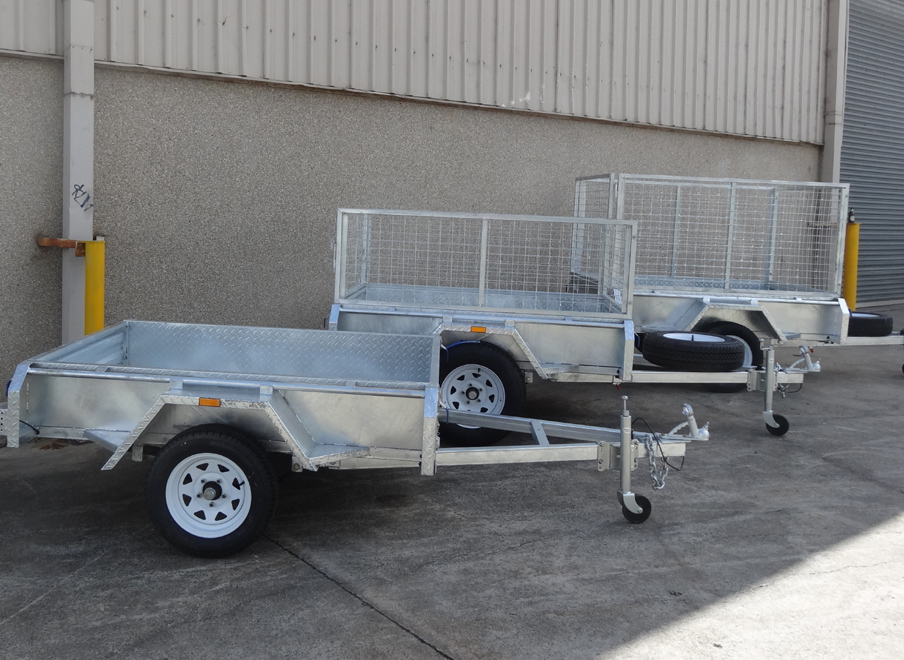 Bear in mind that here at Great Western Trailers you will find everything you need to carry merchandise to a specific destination. The transmissions of ...
Share:
VIEW MORE 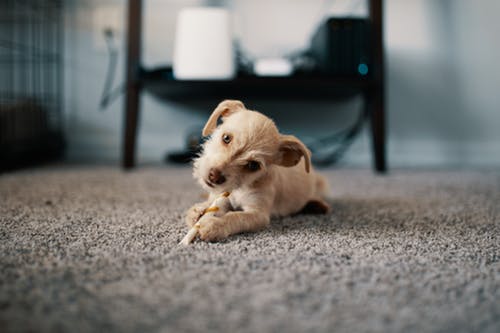 Tutorial to know about Basic care of your pet

Hello novice adopters! We are going to review the basic points to take into account for the care of your pet. If you want ...
Share:
VIEW MORE 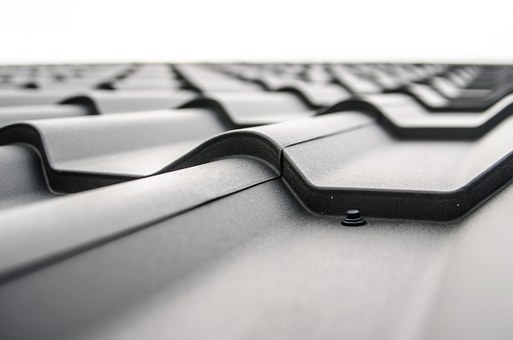 Risks in the use of scaffolds (and how to avoid them)

Risks in the use of scaffolds (and how to avoid them) Scaffolds are a key piece in many works, and yet they are also the ...
Share:
VIEW MORE 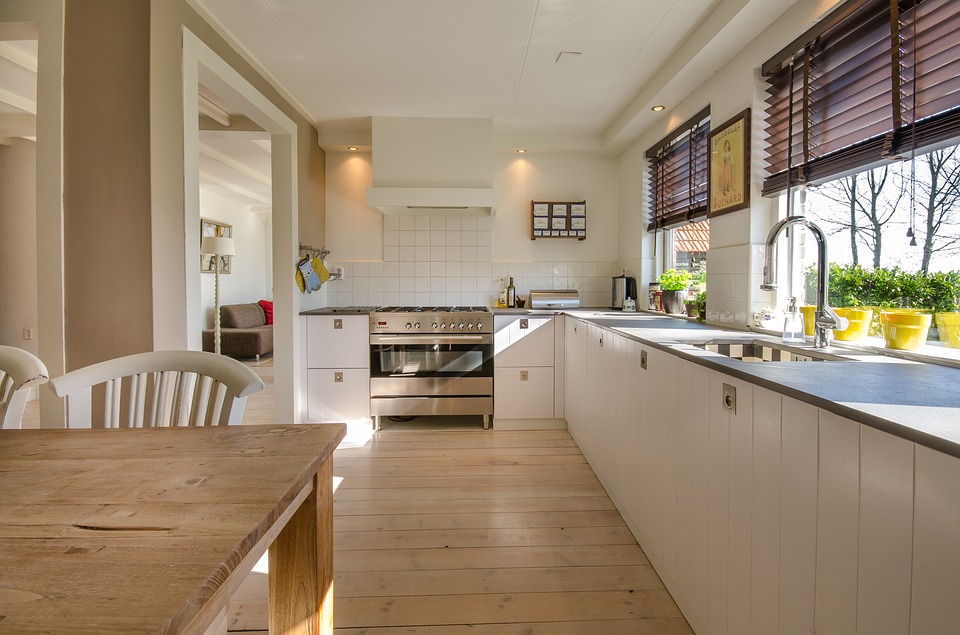 Haven't you remodel your kitchen in a long time? Maybe it's the same since you moved into your house. Well, we tell you that ...
Share:
VIEW MORE